=== Advanced internet radio recorder ===
Record multiple stations simultaneously.
Record continuously or automatically split the internet radio streams into tracks and put them into a playlist.
Timeshift internet radio: pause and resume playback at any time without any gaps.

=== Unique to SonicWeb: The powerful station list feature ===
With several simultaneously turned on radio stations your playlist will quickly contain many unplayed tracks. This enables you to skip tracks you don’t like without any skip limit as long as there are more tracks available in your playlist.
Enjoy gapless audio playback with tracks from different radios stations crossfading into each other. SonicWeb dynamically adjusts the volume of loud and silent tracks so that you don’t have to.
Together these features create your own personal radio station: seamless playback of diverse playlists with ever changing tracks that you can control just like a regular media player.

=== Deep Mac OS X integration ===
– Airplay support. Audio can be sent to the Computer or to one airplay device. This can be controlled directly from within SonicWeb. Airplay support is available if SonicWeb is running on OS X 10.8 or newer.
– Menu bar icon. Keep your dock tidy. SonicWeb can hide its dock icon and show an icon in the menu bar instead.
– Background notifications. SonicWeb can show background notifications in Mountain Lion’s Notification Center.

Check out the demonstration video to see SonicWeb in action:

– Fixed a bug in track export that in some case could result in corrupt AAC files
– SonicWeb remembers now the last used audio device
– Pause starts timeshifting of live playing stations in the last used recording mode instead of always switching to continuous recording
– Space key does stop live playing stations now instead of activating timeshifting
– Show the routing panel again if there are multiple audio devices attached
– Fixed incorrect display of buffering states
– Fixed a problem with umlauts with station suggestions, feedback and license activation
– Fixed a bug in the album cover search that could lead to invalid searches for some timezones
– Improved defaults for dynamic loudness adjustement 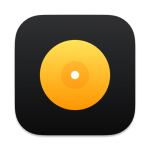 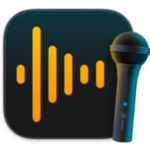 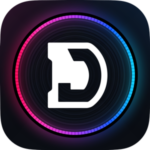