Frogger and the Rumbling Ruins

Make your way through puzzle-ridden ruins and unravel the mysteries of the Ancient Salientians.

– Guide Frogger through the ruins by manipulating the terrain!

– More than 100 stages with all sorts of traps and enemies!

– And in the deepest parts of the ruins, will a ferocious boss battle await?

– A fun and friendly story with a group of unique friends.

– Add all treasures found in the ruins to your collection!

“Yo Frogger, I’ve got some interestin’ information for ya!”―Frog adventurer ‘Frogger’ hears a rumor from his buddy ‘Newt’ about a treasure of an ancient frog tribe, hidden in distant ruins.

At the same time, an alarming number of froglets are disappearing around the world…

When Frogger sets out to investigate, he meets ‘Axol,’ a lost fairie (?) with mysterious powers.

Treasures in the ruins, stone tablets, the disappearing froglets and who is Axol’s mom…? The only one who can get to the bottom of it all is Frogger! 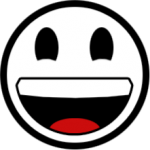 Frogger and the Rumbling Ruins